Rumer Godden, a well established author through Pan Macmillan and Virago Modern Classics, is considered by many to be one of the foremost English language authors of the 20th century.

Nine of her books have been made into films.

She won The Whitbread Award for Children’s Literature in 1972 and was awarded the OBE in 1993.

Her last book, “Cromartie versus The God Shiva Acting through the Government of India” was published by Macmillan in November 1997 and she died in 1998 aged ninety-one.

In 2007 Cambridge University honoured her by holding a Symposium of her work to celebrate her Centenary.

Rumer Godden wrote some 60 works during her life, drawing on her experiences of life in India and Britain.

The influence of India is reflected in “Black Narcissus”, “The River”, “Kingfisher’s Catch Fire”, “Breakfast with the Nikolides” and recently republished, “The Lady and the Unicorn”.

Her time in France influenced the dramatic “Greengage Summer” and “Gypsy Gypsy”.

Her dancing career is reflected in “A Candle for St Jude” and “Thursdays Children”, and her interest in the religious life is shown in “In This House of Brede” and “Five for Sorrow Ten for Joy”.

She also wrote short stories, poetry and many books for children. The best known being “The Dolls House”, “The Diddakoi” and “The Story of Holly and Ivy”.

Her books have been translated into many languages and most are now available as e-books. 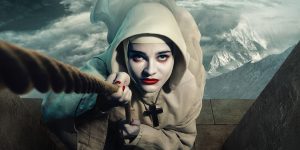 BBC One are set to air their three-part adaptation of the classic novel, Black Narcissus, this December. Starring Gemma Arterton as Sister Clodagh, a young sister superior sent to establish … 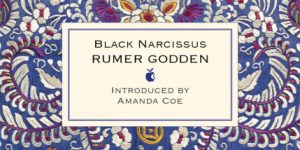 Virago have released a new hardback edition of Black Narcissus to accompany the upcoming BBC adaptation, due in December 2020. Part of Virago’s Designer Collection, the latest reprint has an … 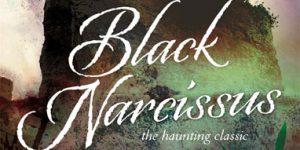 The BBC is due to start filming Black Narcissus this month in Nepal and Pinewood Studios. Directed by Charlotte Bruus Christensen, the new adaptation, written by BAFTA-winning writer Amanda Coe, … 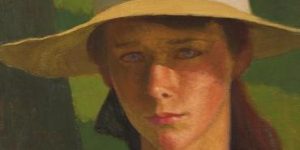 A new edition from Macmillan is available now. When their mother is suddenly taken ill on holiday, five siblings are left to fend for themselves at the elegant, faded hotel, …