Black Narcissus, published in 1939, is the story of a group of anglican nuns who are sent to a remote hill station in the Himalayas to start a school and medical centre and chapel and it is the effect the isolation and mountains has on the community that forms the drama.

The idea came to Rumer Godden when she was trekking in the himalayas and came upon a simple wooden cross which just said “Sister RIP”. As she said “The story just grew”.

The film was made by Powell and Pressburger and stars Deborah Kerr, Flora Robson and Jean Simmons. With cinematography by Jack Cardiff it was one of the first technicolor films ever made. It is listed on the BFI Top 100 Films at number 44.

There is now a restored edition on DVD from The Criterion Collection, directed by Michael Powell and Emeric Pressburger, and starring Deborah Kerr. 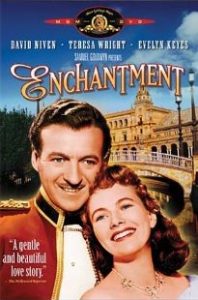 A Samuel Goldwyn film made in black and white and recently restored to DVD. The story of a London house through several generations. A poignant love story and based on the novel A Fugue in Time. 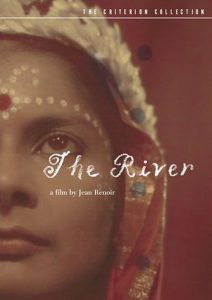 The River is a story of a family living on the banks of a river in West Bengal and is semi autobiographical. It was published in 1946. It was made into a film by Jean Renoir and Rumer Godden wrote the screen play.

The film was entirely made in India and it was the first time a major film had been made on location. The rushes had to be sent back to Pinewood studios to be developed and redoing a crowd or bazaar scene was very difficult and time consuming!

Released on DVD by The Criterion Collection, The River also contains the biographical documentary of Rumer Godden made by the BBC for Bookmark and filmed in India with her daughter Jane.

The River was directed by Jean Renoir and is being was shown at the Cannes Film Festival in the Classics Events.

Taken from An Episode of Sparrows 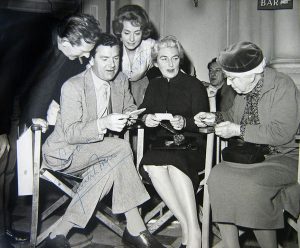 The Greengage Summer was written about a summer in the champagne country of France and is based on fact. Norah Godden, Rumer’s mother had decided her four daughters had become selfish so she was going to take them to see the battlefields of the first world war.

Sadly, she became ill on the train and was hospitalised. The girls had a summer of freedom. Joss the eldest was a beauty and caused several hearts to flutter with dire consequences. It is a story of growing up and adolescence with sinister undertones. The film was made in 1956 and starred Susannah York and Kenneth More and was filmed in the Marne region during the greengage harvest.

Bookmark biographical documentary. Rumer Godden at 88 is taken back to India by the BBC, where she had lived for nearly forty years of her life. With her daughter she revisits her unusual life there and shares experiences which inform much of her work.

Available on DVD with The River (Criterion Collection)