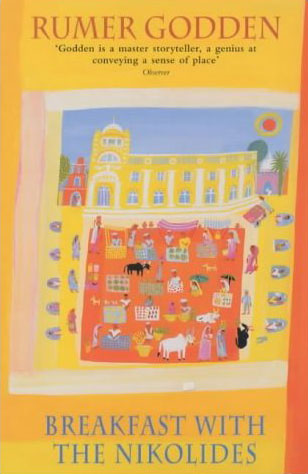 For Emily, India is a magical place, somewhere she understands, where she has the freedom to escape from her mother’s suffocating influence.

Rumer Godden’s story is of a family whose relationships with each other are as fragile and complicated as those with the country and its people.

But just as the cracks and holes in the house they live in are papered over, somehow they manage to sustain the impression of respectability to the outside world.

That is, until the death of Emily’s beloved dog forces them to confront their differences and ultimately plunges them into outright war.

“She has distilled in simple, luminous prose the experiences of expatriate India, of childhood and its innocence.”
Lucy Hughes-Hallet, SUNDAY TIMES