The Story of Holly and Ivy 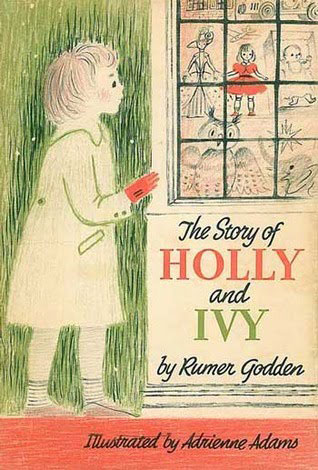 This is a story about wishing.

It is the story of a doll called Holly and the toys in a toy shop that come alive at Christmas time and a little orphan and a little girl called Ivy,. She is befriended by a kind policeman and his wife.

Holly sees the doll Ivy in the toy shop window and wants and they both wish they could be together for Christmas and after some toyshop drama their wishes ar e fulfilled.

This is one of Rumer Godden’s most popular children’s books and has been in many editions in both hardback and paperback.

Printed in many different Languages Latest editions in China and Germany and UK.